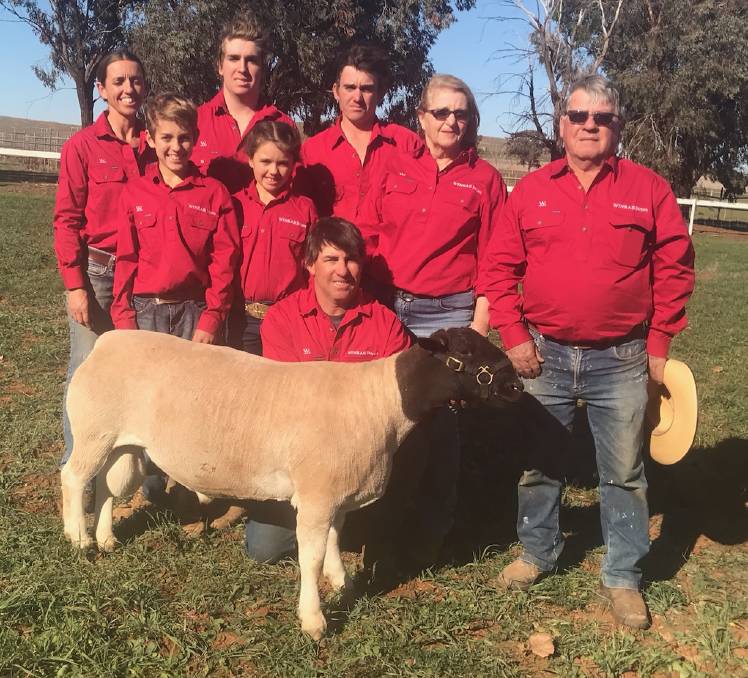 THE whole Winrae Dorper stud flock is to be dispersed at Canowindra on Monday, August 20.

Consisting of  250 stud ewes, the flock including lambs, rams and stud sires have been catalogued for unreserved sale.

The dispersal follows the decision of the Pagett family for dissolve the partnership between Brian and Kris Pagett and their son Nick, daughter-in-law Mel.

The sale is being handled by Landmark Stud Stock with Dubbo-based John Settree facilitating.

While all sheep will be catalogued for auction the Pagetts are open to negotiation for the stud and Winrae prefix to be sold privately as a whole prior to the sale date.

Winrae began its move from Merinos to Dorpers in 1998 with the purchase of five embryos from Tien Jordaan, Port Elizabeth, South Africa.

Nick Pagett said the family moved to Dorpers because of their pigment and lack of finishing lambs with any other breed they tried.

Click here to read the full story by Mark Griggs, The Land.