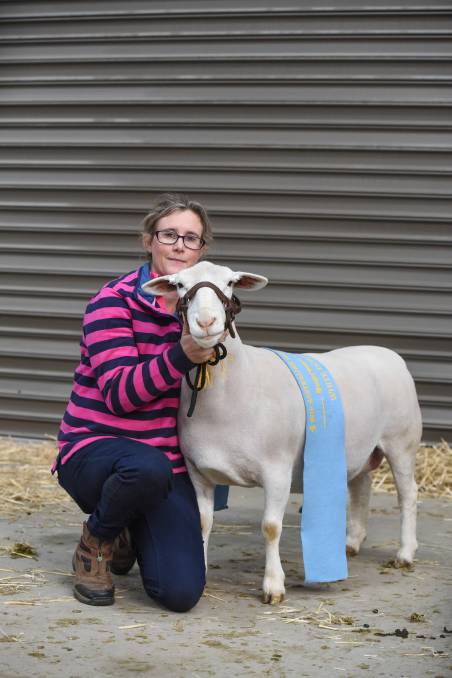 A 2-year-old ewe which had been judged senior champion ewe and grand champion ewe was awarded the supreme exhibit for the breed.

“She is very well balanced with very little mistakes… close to the ideal,” he said.

Mr Malan said she showed good muscle covering and stood well, but lacked the scope of the senior champion.

Mr Malan said she had very good length and was well-balanced.

“She was exceptionally strong over her hindquarter,” he said.

Click here to read the full story by Stephen Burns for the Stock Journal.