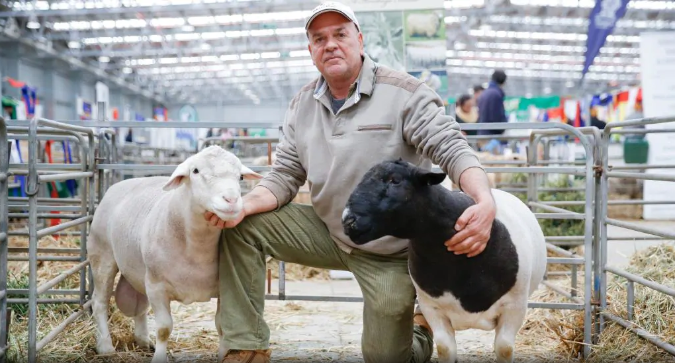 SOME of the best sheep on show in Australia this year have come out of drought-stricken NSW.

More than 70 studs represented the state at the Australian Sheep and Wool Show Championships in Bendigo at the weekend, across both meat and wool sections.

Feed has been in such short supply in the worst hit areas that the lucerne hay available at the show was the first some sheep had seen since the big dry started to really bite earlier this year.

“We’re cutting trees down to feed them. Pine trees, wattle trees — they love it. You start the chainsaw and they come straight in.”

For Mr Loots, who is also supplementing his flock with corn and barley, the eight-hour trip meant leave someone at home to feed his 1000 ewe stud and commercial flock.

It is the fifth year he has attended the show and it was the best result ever for his stud, with Prieska Dorpers taking out both supreme champion awards for Dorpers and White Dorpers.