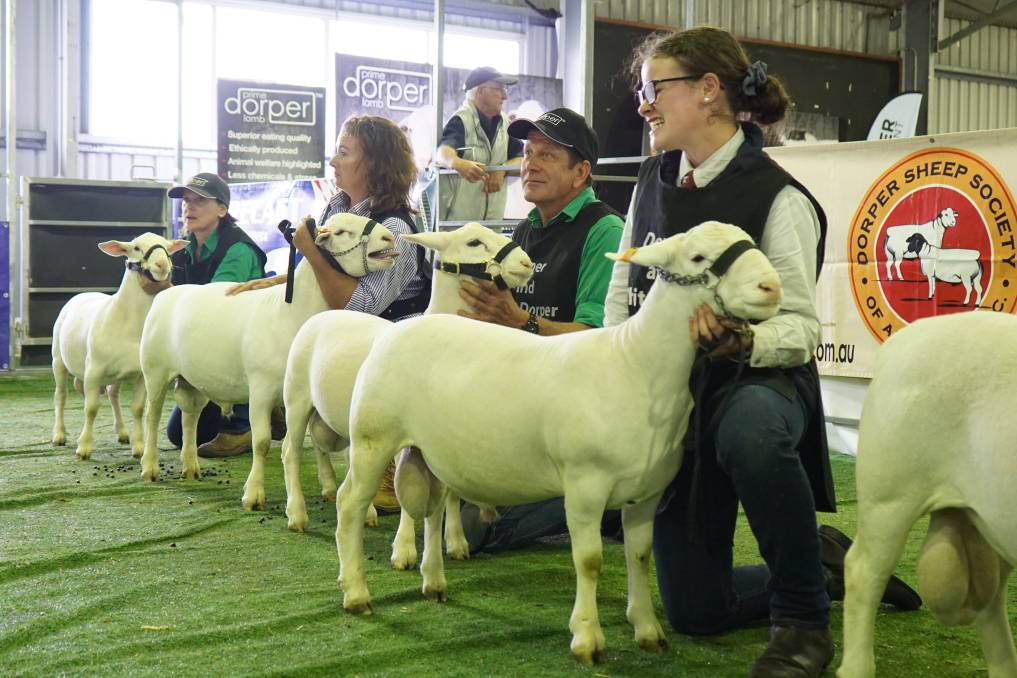 THE Dorper Sheep Society of Australia (DSSA) has taken its efforts to promote the breed to another level with an online show of stud rams and ewes from around the country hosted on AuctionsPlus this week.

The Society facilitated an online show which can be viewed on the AuctionsPlus website, with winners announced on Tuesday.

“The national sale and show will still go ahead on September 3-4, and though the online show isn’t meant to replace the annual show, the platform has allowed producers from all over Australia the opportunity to participate,” Mr Batten said.

“It’s a great insight into the Dorper industry, and will give our members a fair bit of exposure to not only those who are familiar with the breed but those who might not have considered them in the past.”

Mr Batten said the society was working to support its members and give them more opportunities and exposure and one of the numerous initiatives has been to launch an online producers group to connect with its members and strengthen its community.

He said with online forums and Dorper related articles and trials, producers also have the opportunity to talk with each other within a supportive and monitored environment, and “the Society hopes that this great new tool will prove to be beneficial to all its members and provide a sound knowledge forming basis”.

“The online platform is a reflection of the nationwide appeal of the breed and its increasing popularity, and with interest both domestically and internationally for this hardy sheep an online show allows the world to see where Australia is at the moment with genetics and breeding,” he said

The AuctionsPlus website shows minute-long videos submitted by breeders in a series of classes, with the sheep exhibited in their natural environment for judging.

“It also provides a candid snapshot into the vast range of environments these low maintenance, meat sheep can inhabit,” Mr Batten said.

“And this in itself is incredibly positive for breeders looking to export, as they showcase the extremes that Dorpers can endure and flourish within.

“From freezing temperatures in Russia, to the humidity of Malaysia, and marginal lands in the African continent, if any sheep can do it Dorpers can.”

Mr Batten said Dorper producers have fared relatively well during the drought with the breed proving itself to be “the number one choice to contend with trying times, and the future challenges of a progressively drying nation”.

Click here to read the full article by Aidan Smith for Farm Weekly.