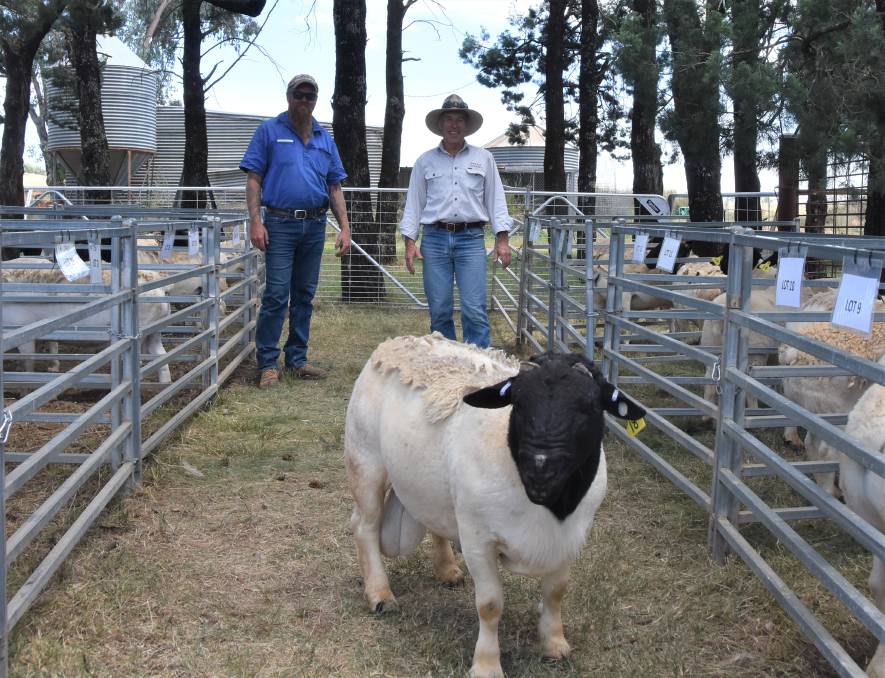 Merlin Dorpers held its annual 2022 on-property ram sale at Attunga on Monday with a different look to previous years.

Combined with two other studs, Bilgamma Dorpers and Tuckeroo Dorpers, 52 rams were offered with 46 sold during the Helmsman style auction.

In the breakdown, Merlin’s stud owner Terry Balla was all smiles and roses for the annual Valentines day sale with Merlin Dorpers having a 100 per cent clearance from their 22 rams offered with a $1364 average and top of $2400.

One of the two sale-topping rams that went for $2400 belonged to the Balla family.

“This ram was the complete package; well-balanced rump, good feet and looks to be a full shedder,” Mr Digby said.

“I prefer the full shedding Dorpers and Terry does a great job here producing them. They’re a low maintenance, highly productive meat sheep.”

The Wee Waa-based Bilgamma Dorper stud will look to keep its invitation to take part in the sale after they had a full clearance of 20 rams with an overall average of $1280.

Click here to read the full article by Andy Saunders for The Land.