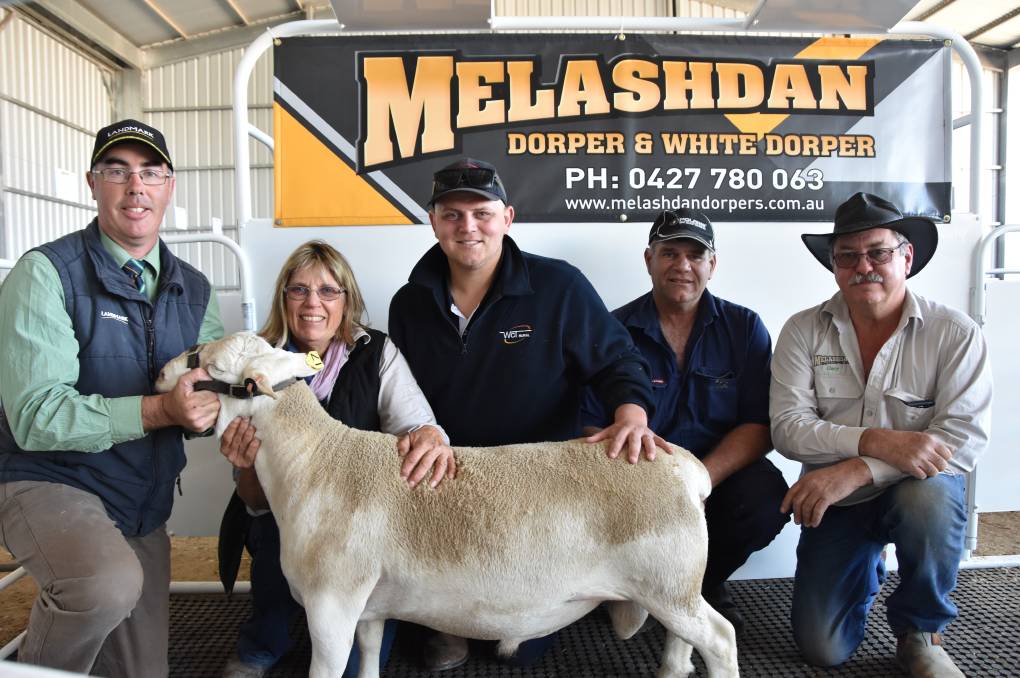 A decade of genetic progress was on display at Melashdan Dorper and White Dorper stud near Tumby Bay and although sales were down on the previous year, the quality of stock continues to grow.

Fifty five white dorpers and 16 dorpers were offered with the top priced ram bought by Bill Herde of Rudall at $1700.

He said this was the third Melashdan ram sale he had attended.