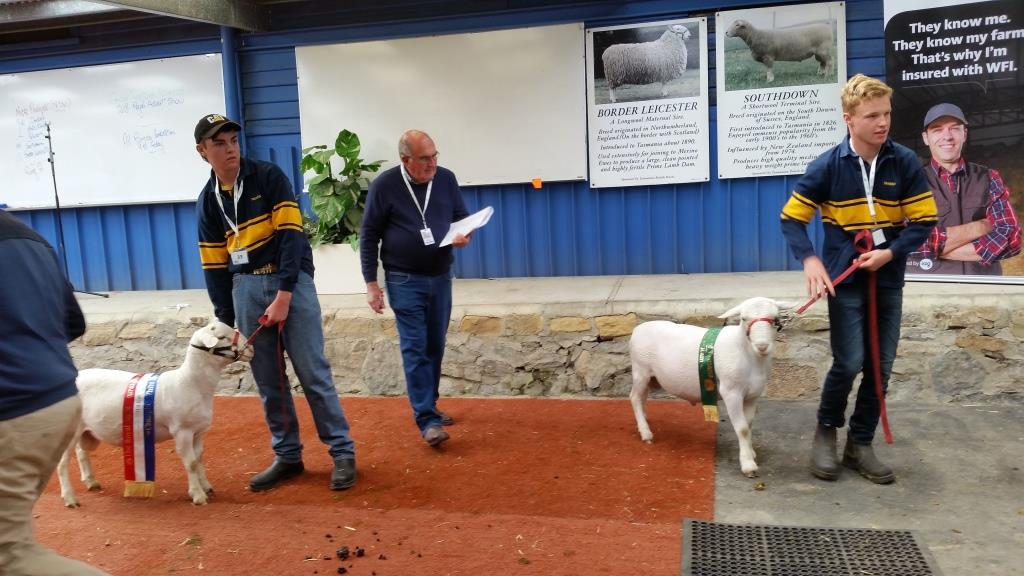 The Hobart Royal Show 2018 was a great success for Dorpers in Tasmania.

For the first time in the 18 years Dorpers have been in Tasmania, Dorpers were the feature breed at the Hobart Royal and most amazingly went on to make history by scoring a win in the Interbreed ram. First time exhibitors Bob & Simone Burrows received this honour with their young ram Mount Dromedary Maverick (170009) taking the eye of judges Peter Button (Sth Aust) and Nick Padgett (NSW).

Special thanks go to Janet Ainscow, Chatswood Dorpers, for her generous $200 personal donation towards the Dorper classes.