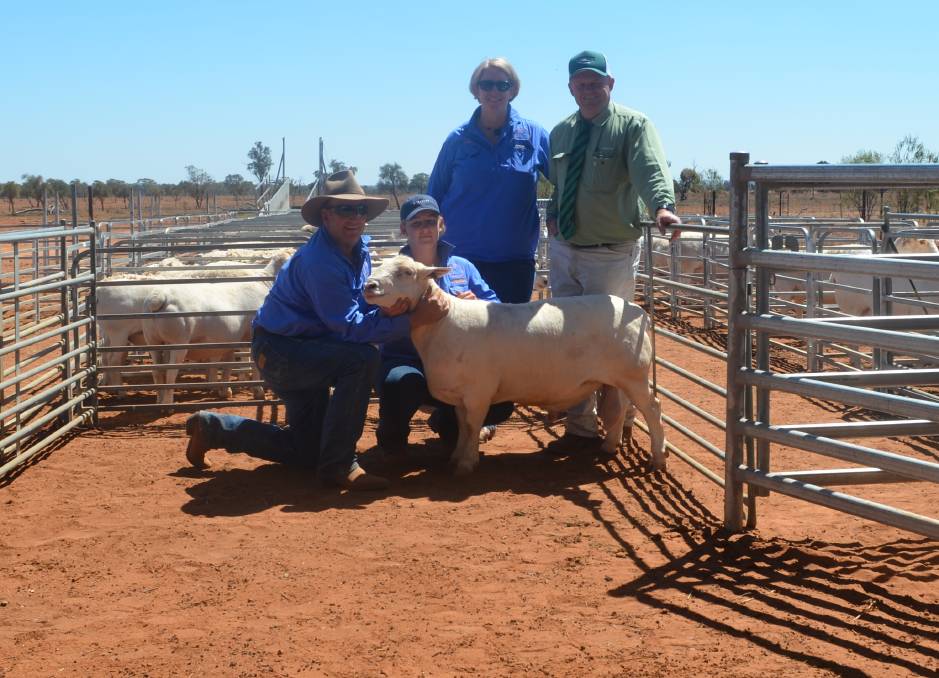 Even the Mars-like landscape that was the 20,200 hectare Mosley family property did not detract buyers and supporters from witnessing the stud’s highest ever on-property price of $6000.

A 20-year breeding program to create the genetics in their sheep that would be ‘Rangeland Ready’ and able to endure even the harshest conditions saw a draft of sheep that were described by the auctioneer, John Settree, as ‘peas in a pod’ across the board.

Strong support was shown for the top priced ram with a barrage of bids coming from the AuctionPlus interface, which at fall of the hammer found a top bid of $6000.

A twin ram with Australian Sheep Breeding Values (ASBVs) in the top five per cent of the shedders database and had been used in the MLA Resource flock was sold to James Turnbull, a commercial producer with country at Bourke and Inverell.

Also securing a good price was an August 2017 drop twin ram who weighed 92 kilograms. He sold for $4000 to the Kirkby family, Amarula Dorpers, Gravesend.

Click here to read the full story by Lisa Duce for The Land.