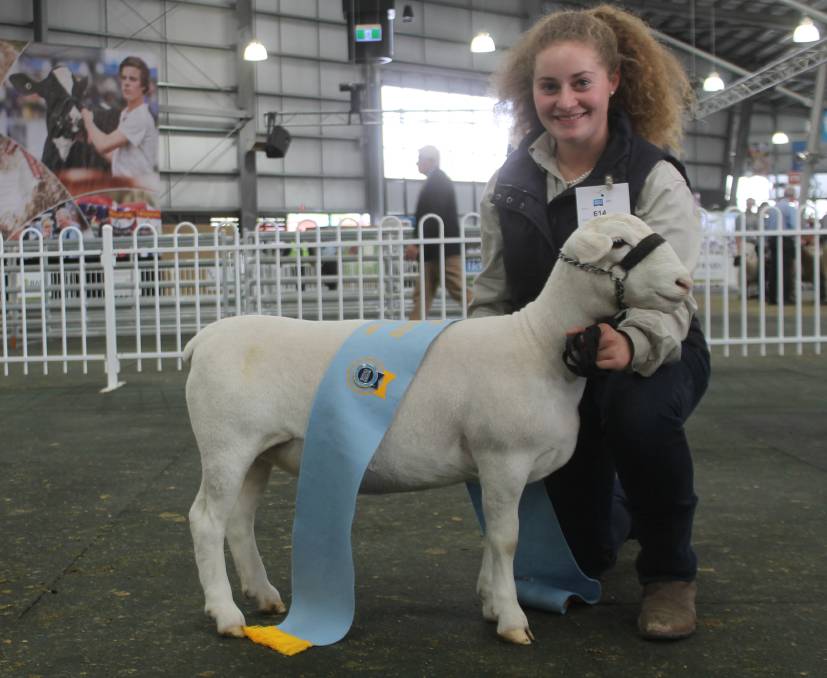 A White Dorper ewe lamb bred and shown by the Hay War Memorial High School, Hay, NSW, has won supreme of the breed at the Royal Melbourne Show. The ewe was born on April 30 of this year, and already weighed 44.8kg. The school’s agriculture teacher James Caughey said the ewe would be retained in the stud and joined in November, so it would have its first lamb when it was about one year old.