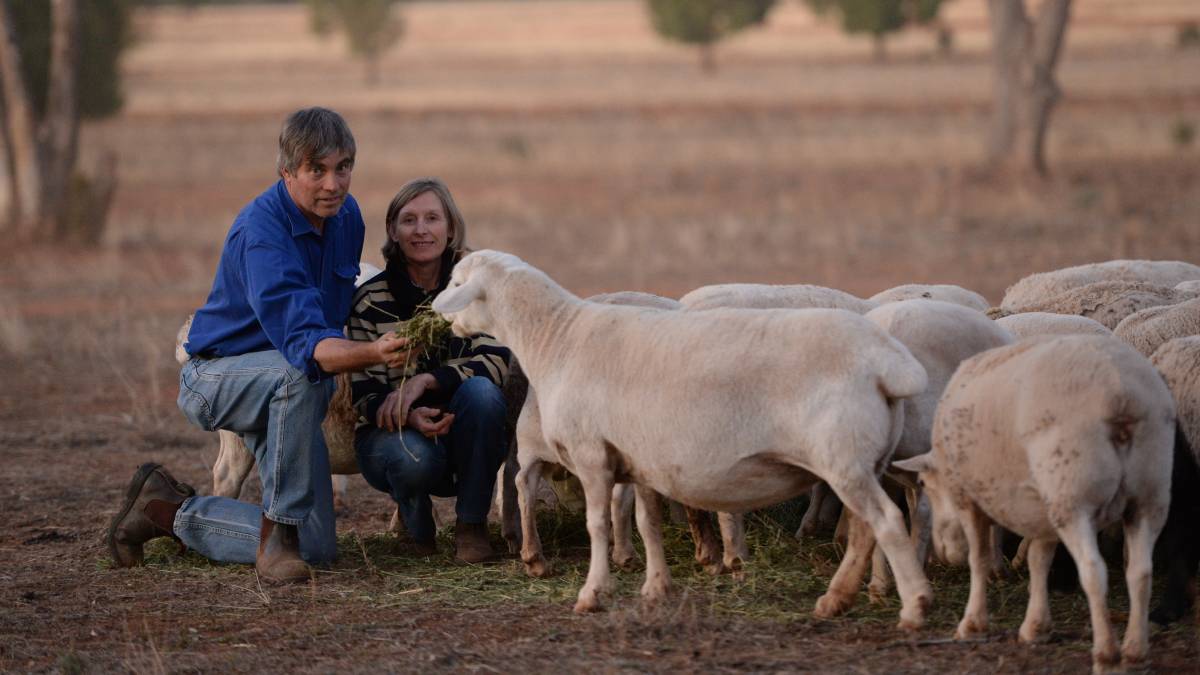 Making the most of partially developed country at Cobar takes innovation and some lateral thinking, however, John and Ann Crossing are determined to make it work.

The Broken Hill-born couple, who moved to Cobar to follow careers in the mining industry, run the 3642-hectare property, “Glenace”. Mr Crossing said the property was largely undeveloped, much of it being scrub, with the sheep restricted to just 809ha of formerly cultivated country and some country the couple had cleared under cultivation and grazing permits.

So with the sheep restricted in area, the Crossings had to be smart about their marketing to make the most of their small flock. In the six years since they bought the farm, their flock has grown to 240 ewes.

The Crossings chose Dorpers because of the breed’s easy-keeping characteristics which suited their lifestyles while working off farm.

Mr Crossing grew up on a cattle and Merino property, but no longer has the time to be so hands on.

“They (Dorpers) do well on what people would call poor pasture,” he said.

Click Here to read the full story published by Andrew Norris, The Land