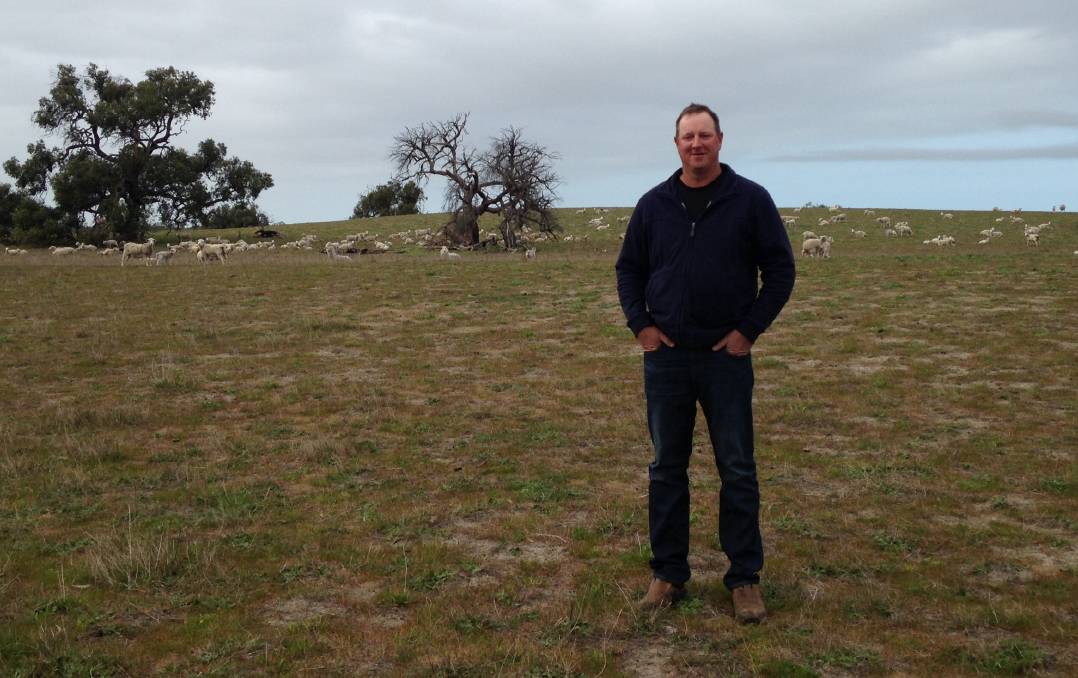 Shayne Hovey knew his 242-hectare holding at Lowan Vale, near Bordertown, was never going to deliver the returns he wanted alone but he was always adamant he could still make the property work for him.

A rural fencing contractor, Mr Hovey also knew he could run a decent fencing business across the region with multiple machines and teams, but not if he was tied to the farm for too many hours each day.

Dorpers were the obvious answer.

“My farm is not big enough to be a full-time farm,’’ Mr Hovey said. “I had Merinos but I was getting home after fencing at 5.30pm at night and trying to pick up all the things, the work, that needed to be done.

“I find the workload with Dorpers compared to the Merinos is quite a bit different. The Dorpers mean I can do the fencing and not have to be as concerned about the sheep.”

Mr Hovey runs about 400 ewes, with lambs at-foot, on the property with a target of 500. He sells his lambs through the saleyards, usually at the Horsham, Vic, markets, at the 35 kilogram mark.

“That’s my strategy … to sell at market only,” he said.

“That way I know I’ve got the best price I’m going to get on the day.’’

Despite suggestions Mr Hovey’s line of work as a fencing contractor is ideally suited to the flock of sheep he has chosen to keep, he says Dorpers are not as bad on fences as many would make them out to be, while the costs of keeping his sheep at home are significantly less than the costs, and time, involved with his former Merino flock.

Click here to read the full story by Bryan Littlely for the Stock Journal.