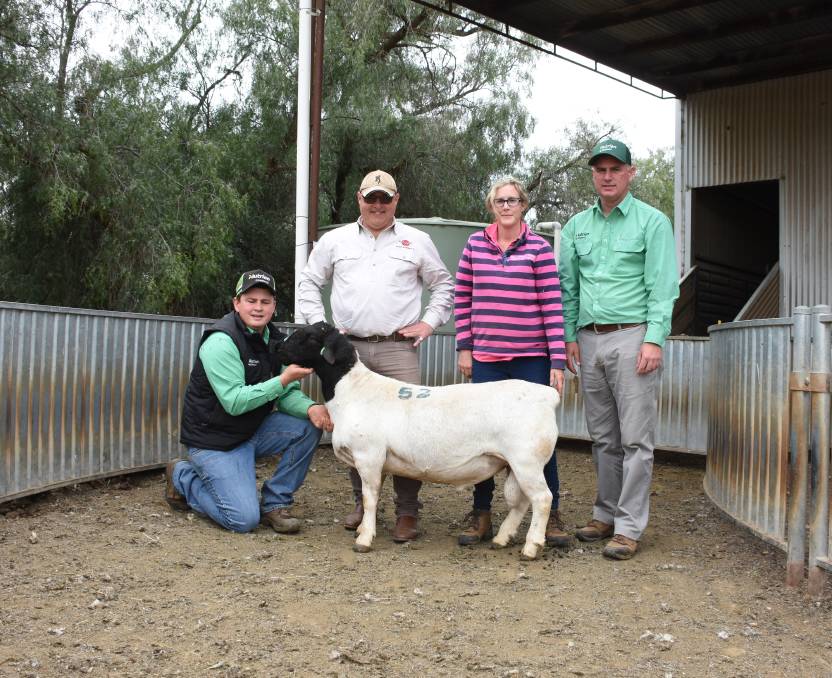 The hype around Dell African Dumisa Dorpers and White Dorpers was clear to see during their 9th annual on-property ram sale when all 106 rams sold for an overall sale average of $4054.

Just a few weeks after setting a world record for a $50,000 ram at Dubbo, the stud continued the pace on Tuesday.

The 15-month-old Doper ram weighed 99 kilograms and was sired by Dell Juggernaut 170743.

Buyer Matt Wood is no stranger to paying top dollar for Dell genetics.

He owns the full brother to the world record ram who he purchased in 2019.

This year he secured three rams to average $7750 with his top choice having exceptional length and structurally sound which he believed would add a lot to his stud.

“He has phenomenal growth numbers for a Dorper which is something we are really focusing on within the stud,” he said.

“We also purchased another two rams overall chasing rams that were tall, large frame rams with a extra leg that walk out nicely.”

Click here to read the full story by Shantelle Lord for The Land.