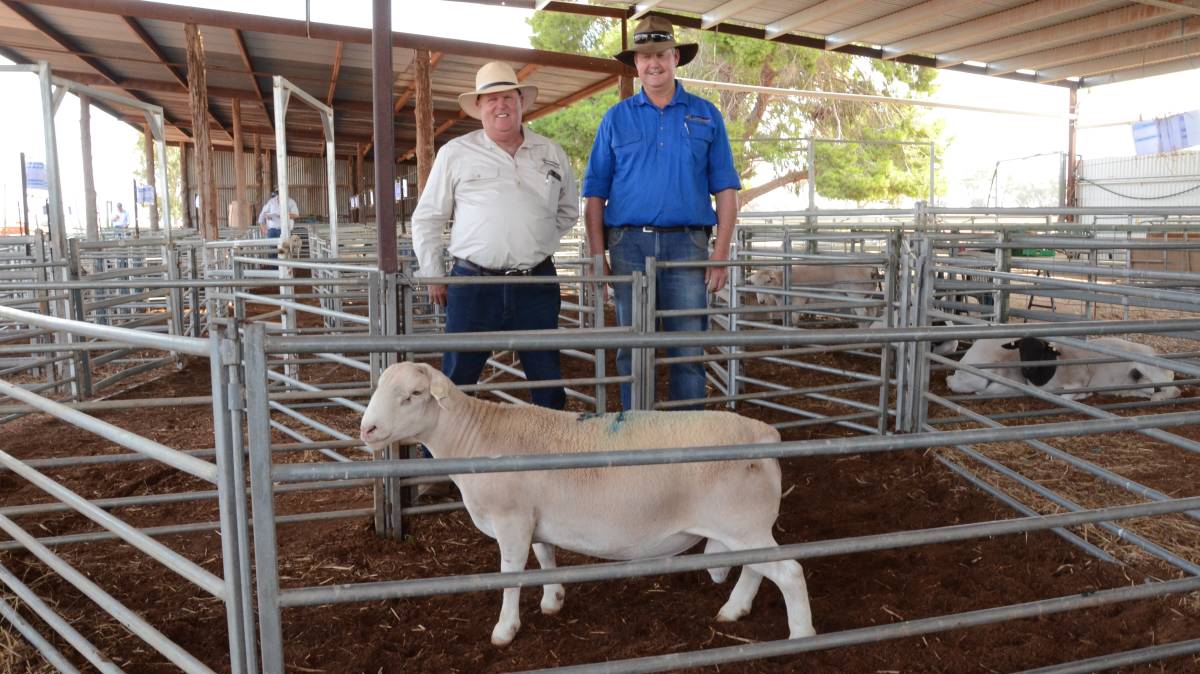 BURRAWANG genetics buyers of longstanding competed strongly for the complete catalogue offering of the 13th on farm sale at Ootha on Monday, March 18.

For the sixth consecutive year the sale effected a complete auction clearance when 90 Dorper and White Dorper rams sold to a top of $4000 and averaged $1492 at the Autumn sale.

Longstanding clients from NSW, Victoria and South Australia including Swan Hill and Barham, north to Balranald and up to Broken Hill provided the greatest buying strength securing 57 Dorper rams to $2700 twice for a $1576 average and 33 White Dorper rams to $4000 and $1347 average.

Stud principal Graham Pickles, said it was pleasing to see another sale clearing all rams at auction.

“This is our sixth sale in a row with 100 per cent total clearance which shows the depth of support for our Burrawang genetics,” he said.

“Returning clients know the consistency, reliability and performance of Burrawang-bred rams as we are focussed on the commercial outcomes of maximising efficient meat production through grazing, and we are pleased they keep coming back.”

Looking for a new sire to advance the genetic progress of Eastern White Dorper stud Peter and Penny Dagg, Murrumbateman, paid the $4000 top money on the day.

This was for the White Dorper son of Burrawang Eminem and from a Burrawang Scion sired dam weighing 79 kilograms and displaying an eye muscle depth (EMD) of 37 millimetres.

The Type 5 ram will be the successor to the Dagg’s current sire from Superior Genetics. Currently Eastern stud is running 30 White Dorper ewes and 80 Dorper ewes at Wallaby Hills.

Peter Dagg said he and Penny adhered as closely as they could to DSSA breed standards and looked for long, straight backs, good conformation, feet and legs.

Click here to read the full story by Mark Griggs for The Land.