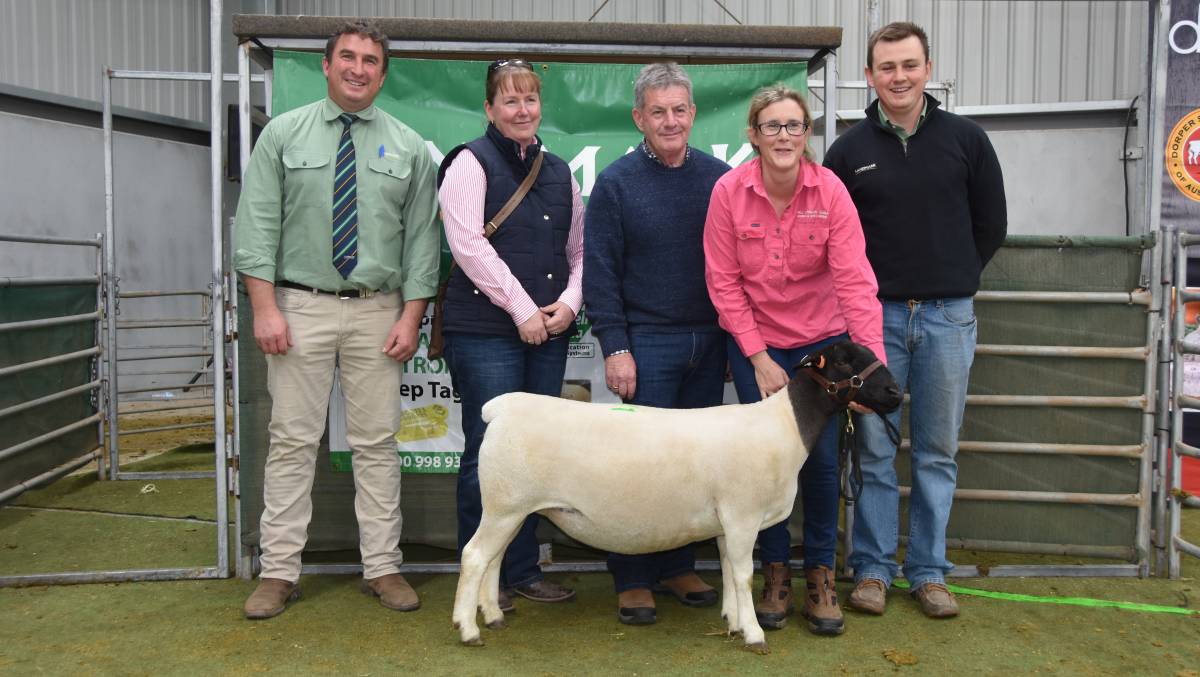 She is the daughter of Dell Joelly, the 2019 national champion ram.

“But, at the same time, if the sheep were right, they were happy to pay for them.

“There was pretty solid competition on most of the right sheep.”

He said the ewe warranted the price.

“With the crowd that was here, I was a little bit surprised, but she definitely warranted that over $3000 money, anyway,” he said.

“It’s always the adage good quality will always sell, it’s just how high they will go.”

Mr Burrows said the Dorpers did quite well, even in the snow.

He said while Dorpers were generally known for handling arid conditions, they did very well in Tasmania.

“We’ve had them in the snow, even, they are a little bit different to other breeds of sheep to look after, but once you know how to look after them properly, feed them, house them, they do very well,” he said.

Click here to read the full story by Andrew Miller for the Stock & Land.