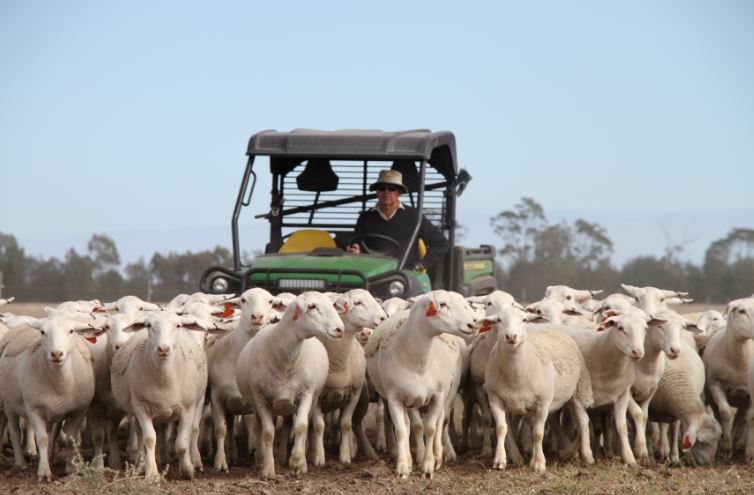 There is no doubt that producers are placing more pressure on their sheep to perform consistently. One of the key ways to ensure that a flock is continually improving is by using genetics. Australian Sheep Breeding Values or ASBVs are a tool for comparing what cannot be seen in an animal, the genes it will pass on to its progeny. Since an animal’s performance is made up of environmental and genetic factors, ASBVs are a useful way to select animals for their predicted progeny’s performance. When used in combination with visual appraisal, ASBVs can help address the key profit drivers in a Dorper type production system.

ASBVS are the best prediction for an animal’s genetic merit for a particular trait and an indicator of how the progeny will perform. LAMBPLAN breeders across Australia record the performance of their animals within their flock. This performance is then benchmarked across other flocks in LAMBPLAN meaning that Australian Sheep Breeding Values are a universal measure of a sheep’s genetic potential across a range of environments. Consistent genetic gains can be made using ASBVs, leading to improvements in productivity. ASBVs account for the non-genetic factors that influence what an animal looks like. These are called fixed effects and include things like age, birth type, rear type and dam factors, such as the age of the dam.

In the 2017 drop there were 4,716 Dorper and 8,456 White Dorpers submitted for analysis. The LAMBPLAN database now has more than 54,000 Dorper and 113,000 White Dorper animals. Across all terminal and maternal breeds in LAMBPLAN there has also been an increase in both the number of flocks using LAMBPLAN and the number of sheep recorded.
Identifying the rams that will be best suited to achieving future needs depends on what the production goals are, how the flock is currently performing, what the profit drivers are and the environmental challenges. The table below outlines an example of production goals for Dorper flocks and the corresponding ASBV that can be selected upon to improve performance.

Click here to read the full story in the 2019 Annual DSSA Magazine.

(Advertisement below not related to article)