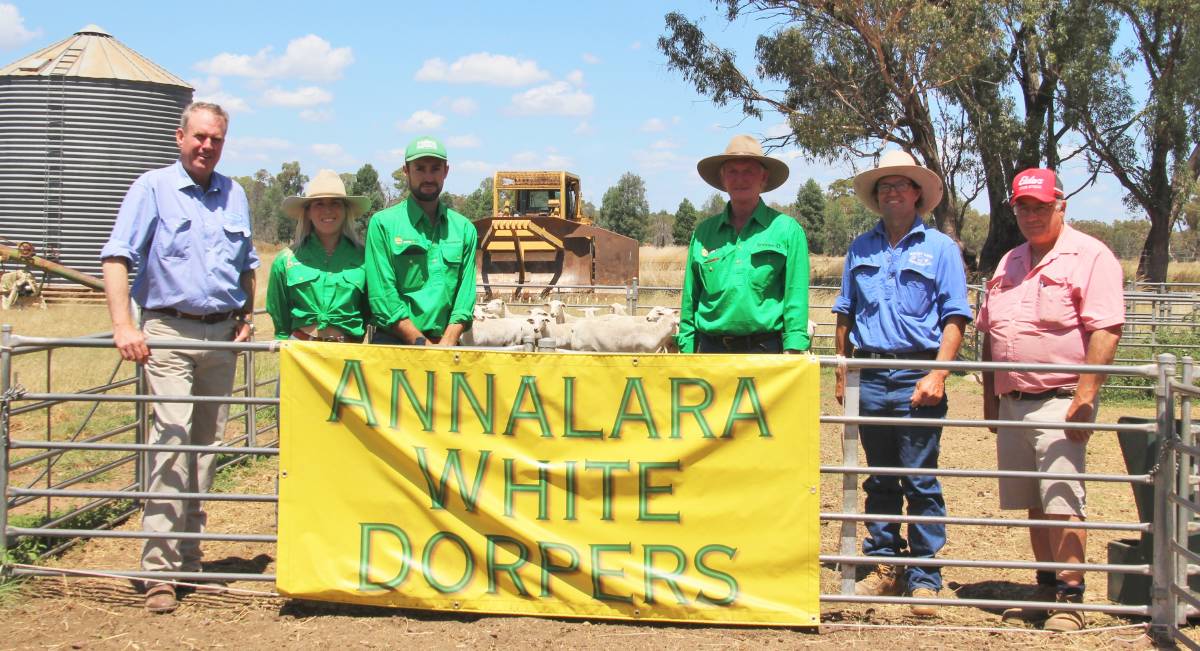 Annalara White Dopers, Dubbo, celebrated a full clearance of rams during its 16th annual ram sale on Wednesday, where a top price of $7000 was reached.

The commercial offering had a pen of 88 commercial White Dorper ewes sell to $300 a head, while 64 commercial Ultra White ewes made $400/hd.

Annalara stud principals Stephen and Jack Cresswell said the sale exceeded expectations and it was the best line of rams they had offered.

Jack said there were a lot of repeat buyers but approximately a quarter of the buyers were new clients, including one buyer from Tasmania.

“This sale would be our top sale for averages and number wise it is also the largest we have had,” he said.

Click here to read the full story by Kate Loudon for The Land.