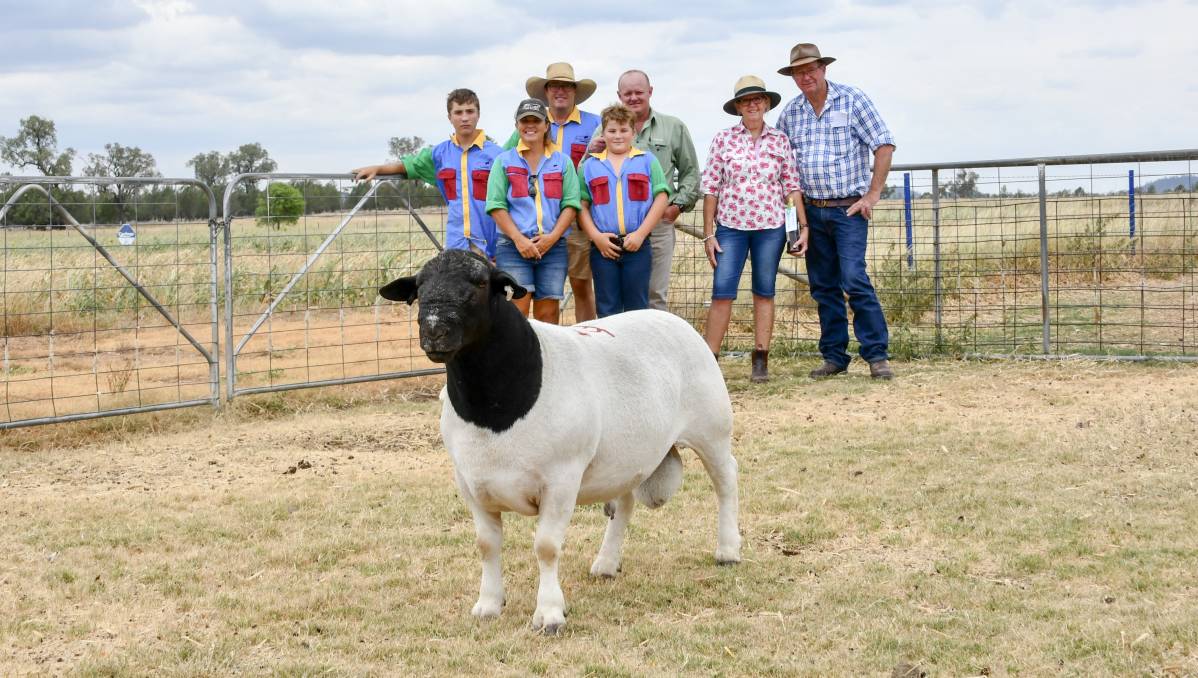 The entire sale averaged $1289 at auction with a number of the rams passed in selling at the conclusion of the sale.

“With the prolonged dry forcing a strong portion of our client base to reduce their ewe flock by 15-20 per cent, we had to expect a drop in our clearance,” Mr Kirkby said.

Landmark Dubbo auctioneer John Settree spoke of the respect the Amarula program had within the industry.

“Amarula are a known and trusted brand, their animals perform well in all environments and that is why registered buyers from four states came and purchased here today,” Mr Settree said.

Click here to read the full story by Kirra Kelly for The Land.