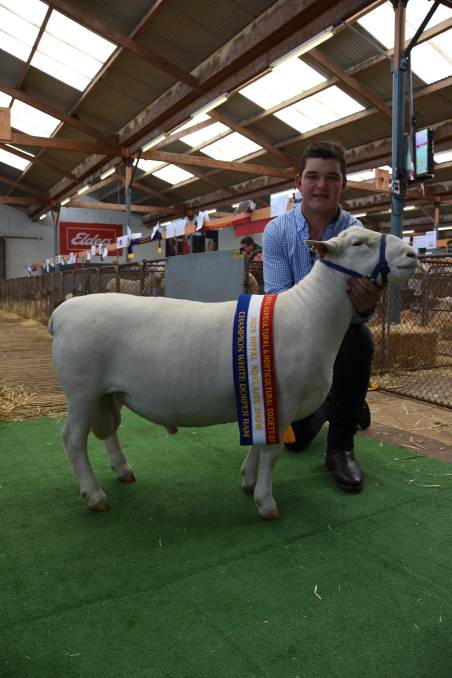 DESPITE there being only a few entries in the White Dorper showcase, judge Andrew Donnan, Anden stud, Woomelang, Vic, said the team shown by Red Rock stud, Keith, were still “very correct and sound sheep, with heavy muscling and clean, white skins”.

Mr Donnan selected a June 2018-drop as the champion White Dorper as it “paraded well” with “nice length and muscle”.

While the October 2017-drop ram in reserve had “a lot of muscle and was very thick and deep in the hindquarter” Mr Donnan said.

The Edson family have been breeding White Dorpers for 22 years, and Dorpers for the past 10 years.

Red Rock stud principal Tanya Edson said this had been a particularly successful showing, taking out all the champion ribbons in both breeds.

Click here to read the story by Alisha Fogden for the Stock Journal.