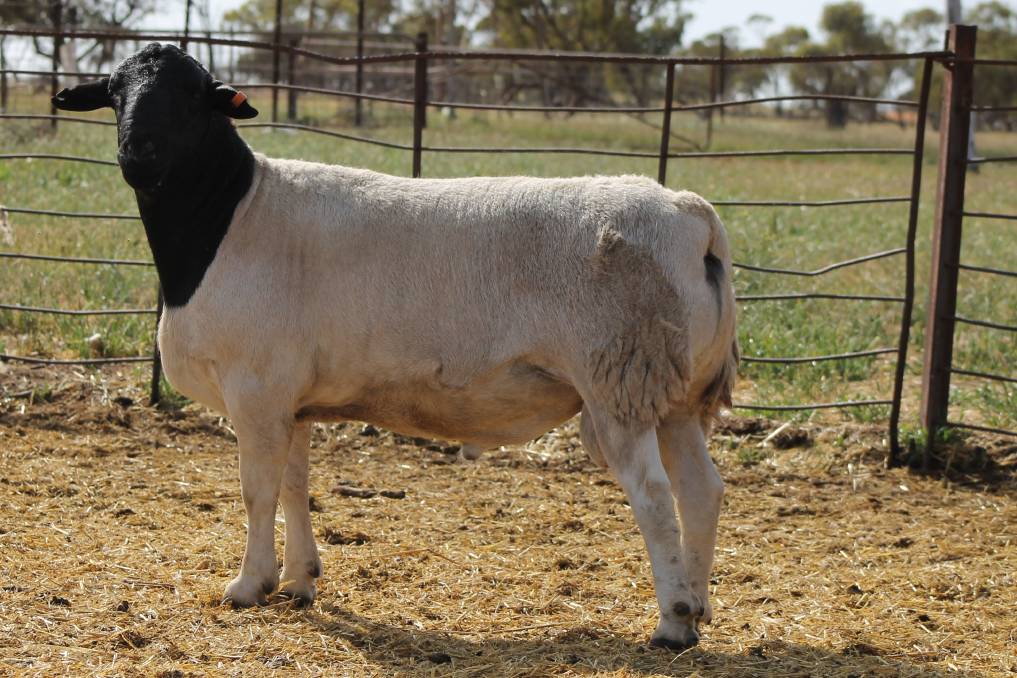 VENDORS breathed a collective sigh of relief when last week’s Chapman Valley Breeders’ Ram Sale posted a strong result in a year when the season has been disappointingly dry.

It was a complete contrast to 2018 when the perfect scenario of exceptional sheep and wool prices aligned with a generous season and the sale exceeded expectations.

This year the crowd was still vibrant and buyer registrations tallied more than 40, but the drive to the Nanson showgrounds more than hinted at the difficulty farmers would face if there were not decent finishing rains for crops soon.

If there was one thing that lifted the sale then it was the sheer quality and presentation of the 203-head line-up of rams on offer.

Buyers travelled from some far-flung regions in acknowledgement of genetics that were equal to any in WA.

Douwana Dorper stud again took the $3000 top price honours with a ram sold to Ida Vale stud at Kojonup and one commercial buyer travelled from the South West to get one of the two $1800 equal top Poll Dorset rams from Tipperary stud.

While buyers retained their enthusiasm by clearing all but three rams in the shed, they were not forced to compete with the same vigour as last year, allowing the overall average to ease by $265 for the 200 rams sold.

This year the offering averaged $1171 compared with $1436 for last year and managed to hold onto some of the gains made two years ago when the sale averaged $1105 in 2017.

Trevor Smythe, Landmark Geraldton, said the presentation was outstanding and vendors were rewarded for their decision to keep numbers up in a tight season.

“They were spot on for numbers and considering the season the buying support was very good,” Mr Smythe said.

Click here to read the full report by Farm Weekly.