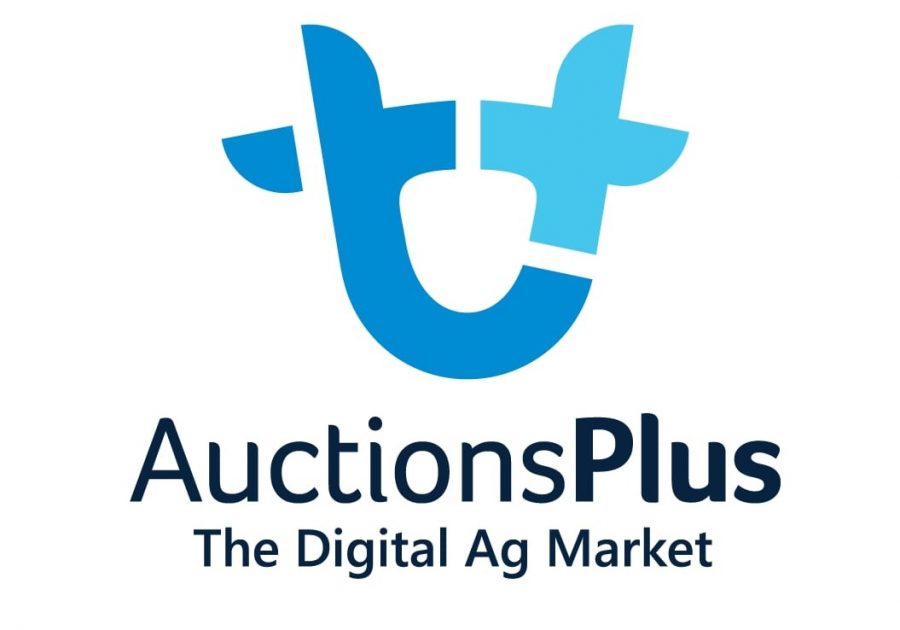 2021 was a remarkable year for the shedding breed market, and Dorpers were no exception – registering the largest yearly throughput on record with AuctionsPlus. All Dorper listings in 2021 reached 300,197 head, 56% higher than 2020, and 97% higher than the record low of 2019. An increase in year-on-year listings underpins the robust demand for shedding breed stock and the overall expansion of the shedding market.

It is clear that producers are actively seeking to secure the Dorper breed to combat issues surrounding labour shortages and rising production costs which are associated with other breeds. Grass fever, rising cattle prices and the robust sheep and lamb market have facilitated the strong demand in 2021. This is expected to remain in 2022 and for the medium term, as the flock rebuild is well underway and seasonal conditions remain favorable. 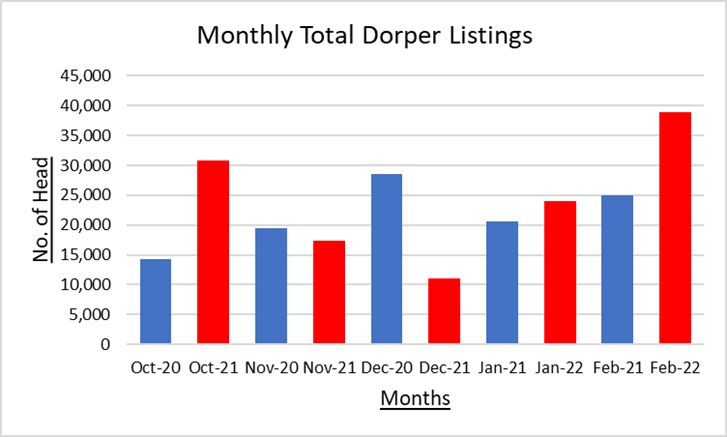 Reviewing listings for the period of October 2020 through to February 2022, numbers have been strong, but volatile in comparison to the corresponding months of previous years. In particular, October registered strong monthly numbers with 30,821 head listed in 2021 – a 116% increase on 2020, highlighting a successful lambing season as new season lambs hit the market. As the end of the year approached, listings followed the typical declining trend, with December seeing a much smaller yarding, albeit largely due to widespread rainfall causing difficulties to move and sell stock in key lamb producing regions. Rolling into 2022, numbers for the first two months of the year are sitting above last 2021 levels, with February recording a surge of numbers online. The final week of sheep and lamb sales for the month of February is likely to set a new monthly listing record for Dorpers. 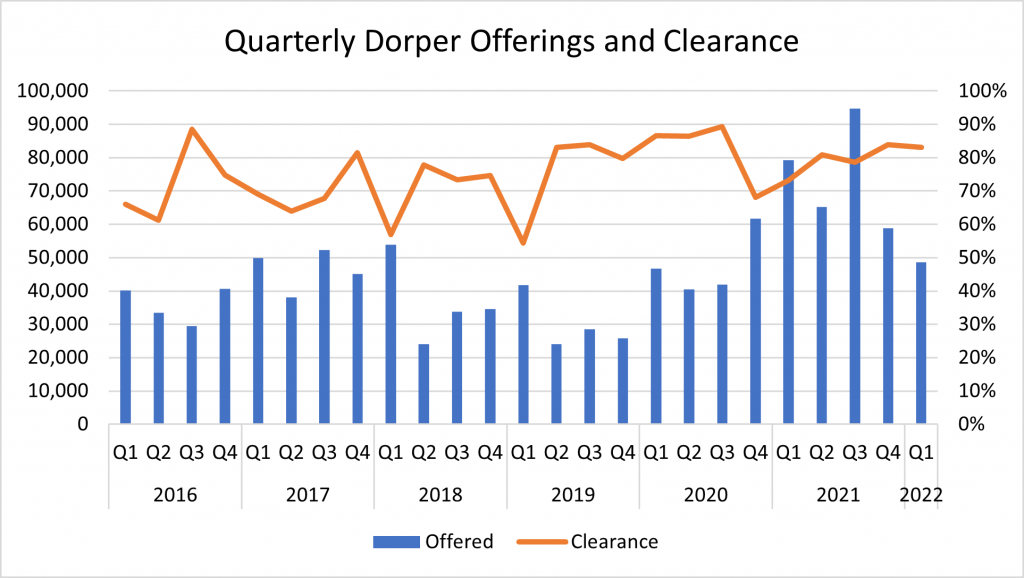 Clearance rates from October through to February averaged 85% in 2021, well above the 75% average recorded over the past five years, indicating strong demand for Dorpers. The peak came in December, where tightened supply resulted in a very strong clearance of 95%. The start of 2022 has continued this trajectory, with the increased listings reducing clearance rates to 86% in January and 81% in February.

Looking to prices, it’s evident through the above tables that the strong run of Dorper prices has continued through the final months of 2021 and into 2022. Prices for both joined and unjoined ewes have risen steadily from October 21 to January 22, with February seeing a slight reduction across all categories, with the exception of Dorper ewes which are holding firm at $251/head. The largest price reduction in February was for SM first cross ewes which fell by 24%, to average $245/head. This erased all the gains the category had made in November through to January, taking it back to just above October 21 levels. 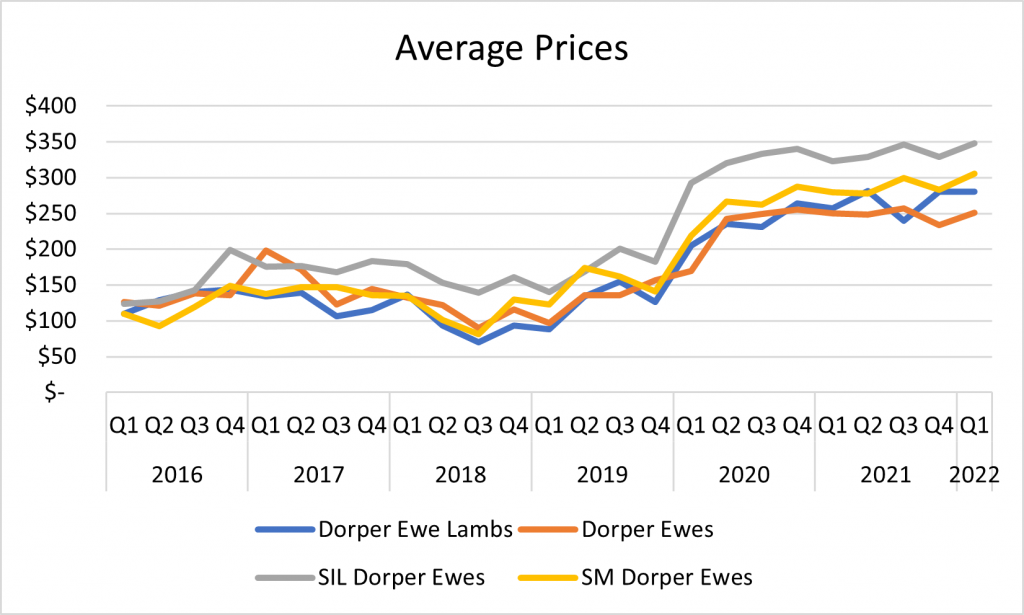 Over the last five months there has been 11 stud Dorper sales held via the AuctionsPlus platform. A full breakdown of the sale details can be found below: 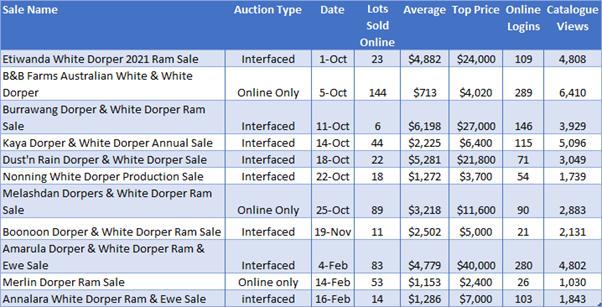