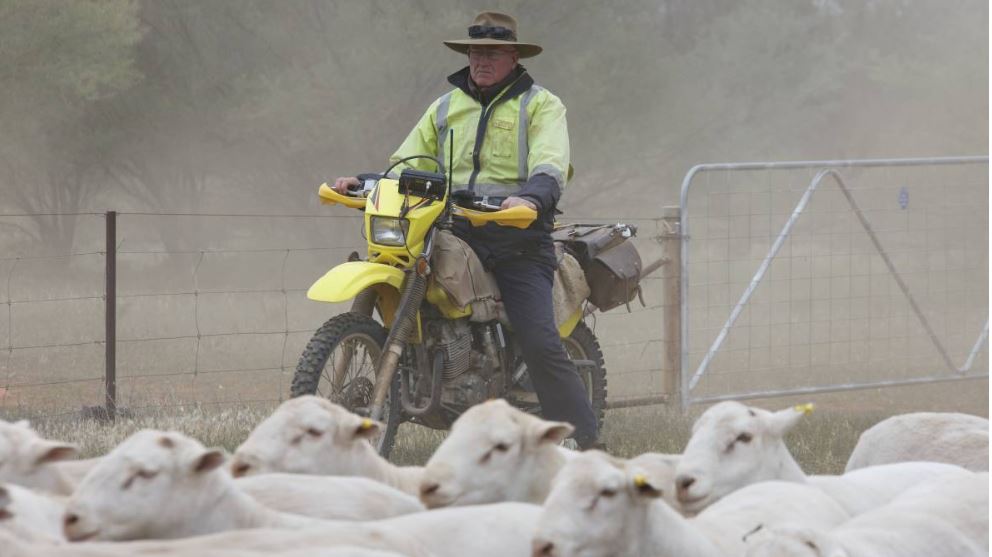 BRENDAN Duncan watched the Dorper National sale from home at Wentworth in between mustering sheep for marking, but was still able to see the second top-priced Dorper ram sell at $10,500 and be a co-purchaser.

At Dubbo showground Annabel Mangal and Bronte Mawson of Genelink Dorpers, Nairne, South Australia, did the bidding to secure the heaviest Dorper ram in the catalogue at 115 kilograms, Bulmar Basta, of Kaya parentage and a Type-5 offered by Bulkly and Marisa Malherbe, Bulmar stud, Spring Hill near Orange.

Mr Duncan purchased a half-share in the senior and grand champion ram of Dubbo show in May and went on to be awarded senior champion at the breed’s National show run in conjunction with the Australian Sheep and Wool show at Bendigo, Victoria, in July.

He said he had seen the ram at Bendigo and was most impressed.

“He is a real stud sire and I thought he was pretty unlucky to miss the grand championship there,” he said.

“Dorpers fit the niche here and you can’t go wrong with them I believe.